The events team at Ace’s prides itself on providing superior customer service. From the initial walk-through, detailed planning consultations, to being on-site throughout the big day, our team will provide everything you need to make your event a success. 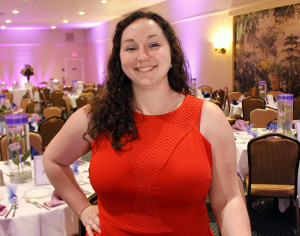 Molly is a 2007 graduate of Richland High School. She was involved in multiple musical productions where she was the lead student on Sound and Lighting as well as other events held. Throughout High School, Molly was the Student Tech Director in charge of lighting and sound and was under the instruction of Dustin Greene before he graduated.

She is a 2012 graduate of Penn State with a Bachelors of Science degree in Human Development and Family Studies. After college Molly held a position at Penn State Altoona, where she managed student employees in housing and food services. Her responsibilities included managing students work schedules with class schedules, new hire paperwork, and assisted in the kitchen and food court with food service and preparation. She also supported the staff assistants in office duties.

Today she plays an active role in the success of Ace’s as the general manager and event coordinator. 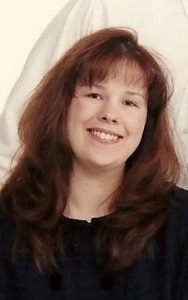 Joelle C. Hadix was born and raised in Central Pennsylvania she has been in the wedding and event industry since 1994. She has decorated thousands of celebrations to date. She is a 1987 graduate of Hollidaysburg Area High School and studied at Penn State Altoona. Joelle also studied at the Pittsburgh Floral Academy for floral design. She has been married for 21 years to her husband Brian. Joelle is the preferred wedding decorator of various wedding venues in Johnstown and surrounding areas. Joelle is well known for her innovative designs, large rental inventory and exclusive fresh floral creations from her company, Carriage House Floral. In 2012 she purchased and renovated the old Moxham hardware store location, a 20,000 square foot building in the heart of Johnstown to house her floral and wedding businesses. 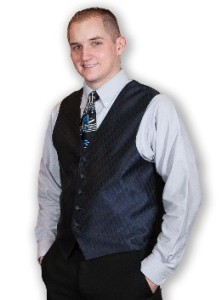 Dustin is a Johnstown native, born and raised in the community. A 2004 graduate of Richland High School, he played a vital role in many activities throughout his high school career. Passionate about theatre and production, he was the Student Tech Director for his high school theatrical events and other productions on and off stage. During this time, he was also already playing an active role at Top Dog Productions; a company he would later come to own. Dustin joined Top Dog Productions in 1998, at the age of 13. Working more and more events, Dustin was a “mover and shaker” in taking the company to new heights in the early 2000’s. After high school Dustin studied Graphic Design & Multimedia at The Pittsburgh Technical Institute. In addition, Dustin also studied business management at Pennsylvania Highlands Community College. While attending college, he continued working events with his growing company. Dustin is Top Dog’s high-energy interactive Entertainer and spokesperson. He not only energizes the crowd as a master of ceremonies, but is also very skilled behind the mixing board. Dustin is the coordinator and planner for all events. Dustin’s other responsibilities include all advertising materials within the company including the design and maintenance of the company’s innovative website and social media accounts.

Dustin’s experience in event production and entertainment play a vital role in helping Ace’s clients create a memorable experience that will last a lifetime for newlyweds, their family & friends.